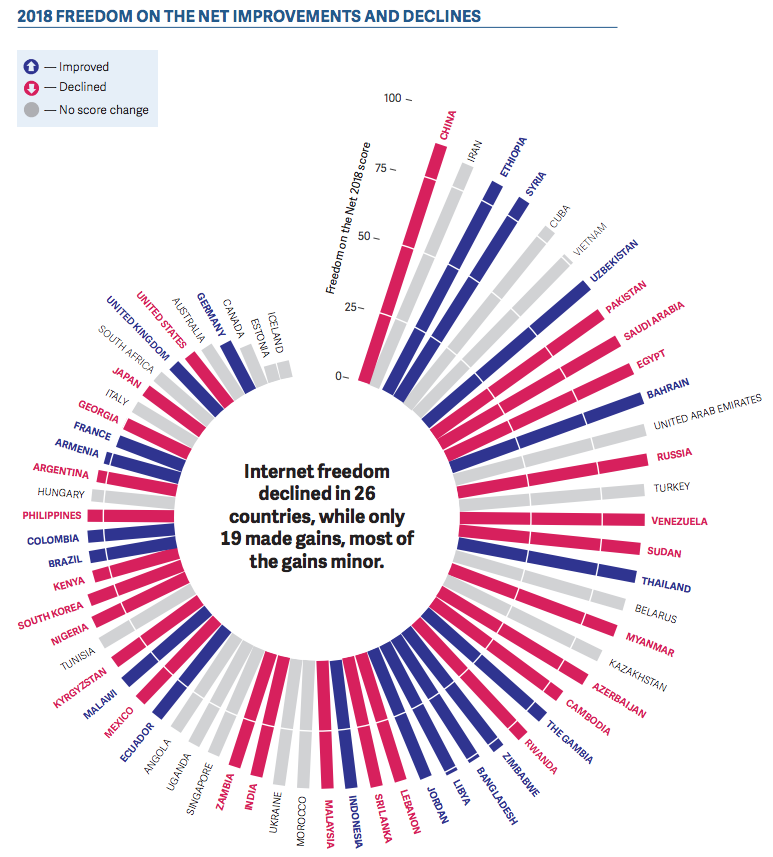 I have been curating a Supply Market Intelligence Index Collection for a few years now and still get continuously surprised at the number of excellent research reports containing indices that stay under the radar and are not as easily discovered as they should be. The Freedom on the Net report is a perfect example.

Freedom on the Net is a comprehensive study of internet freedom in 65 countries around the globe and the 2018 report is the eighth in its series. It covers 87 percent of the world’s internet users and tracks improvements and declines in internet freedom conditions each year. The countries included in the study are selected to represent diverse geographical regions and regime types. A 21-question research methodology was used that addresses internet access, freedom of expression, and privacy issues. Countries are ranked by their internet freedom score (report sidebar, page 4).

The report is packed with useful and insightful data. The key topics are being covered in the press, but the detailed analysis and exact examples of troubling developments provided should cause concern for readers of the report. For Procurement human rights and ethical concerns, it provides information on countries that restrict a citizen’s basic right to intellectual freedom and to be able to access information that is not filtered, altered or controlled by government. Selected highlights and major developments (text quoted directly):