The StartOut Pride Economic Impact Index (SPEII) has recently been launched by StartOut and Socos Labs. The Index, which quantifies the economic value of under-utilized LGBTQ+ entrepreneurs, is funded by JPMorgan Chase as part of its Small Business Forward philanthropic initiative to invest in underserved entrepreneurs. The project is also supported by Ogilvy, Google, Crunchbase, Reaching Out, and the Movement Advancement Project.

Quoted from the news release:

The goal of the SPEII is to quantify the unrealized potential of “out” high-growth LGBTQ+ entrepreneurs, for the benefit of the US economy at large. While integration of underserved entrepreneurs, including the LGBTQ+ community, may have progressed over the last decades, but their access to critical resources is still far from equal.  This is due in part to the lack of reliable data on the contributions of LGBTQ+ entrepreneurs who create jobs, raise capital, and innovate, and the impact they could have had with equal access. The SPEII fills that gap at a time when the US needs all talent available to kickstart the economy following the COVID-19 pandemic. 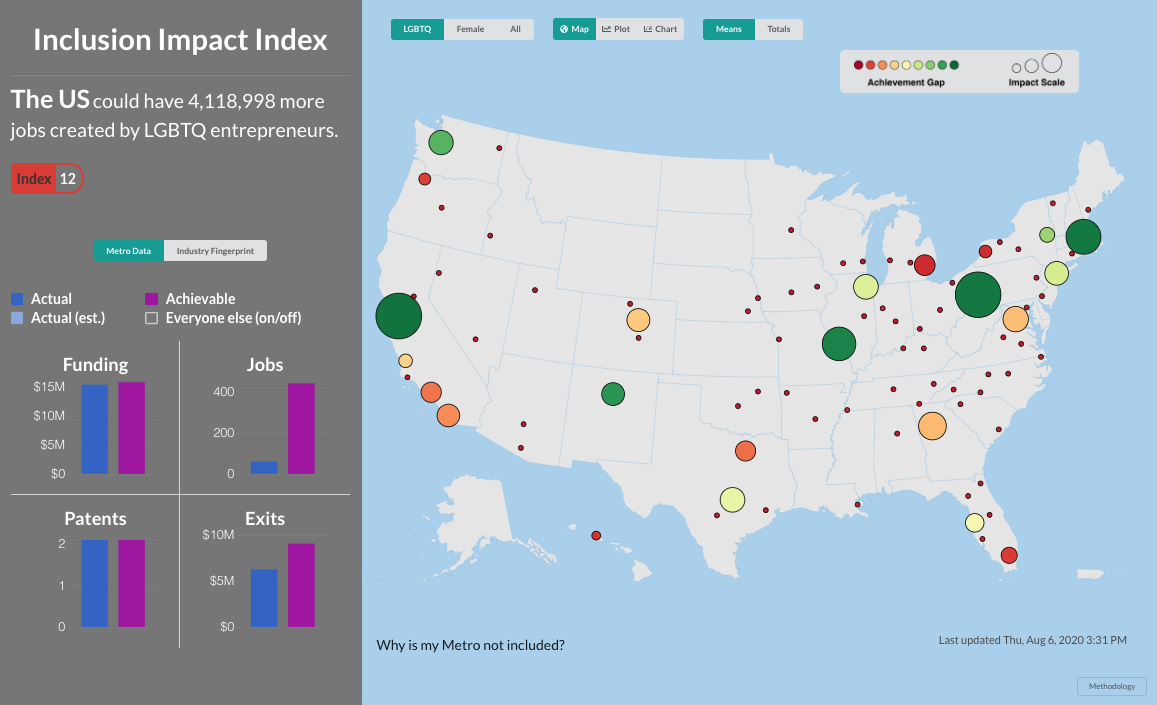 A few highlights show that over the last 20 years (directly quoted):

Photo by Cameron Venti on Unsplash