In this year’s World Economic Forum’s annual survey, experts assessed global risks for both impact and likelihood. “The risk with the greatest potential impact in 2016 was found to be a failure of climate change mitigation and adaptation. This is the first time since the report was published in 2006 that an environmental risk has topped the ranking. This year, it was considered to have greater potential damage than weapons of mass destruction (2nd), water crises (3rd), large-scale involuntary migration(4th) and severe energy price shock (5th).” 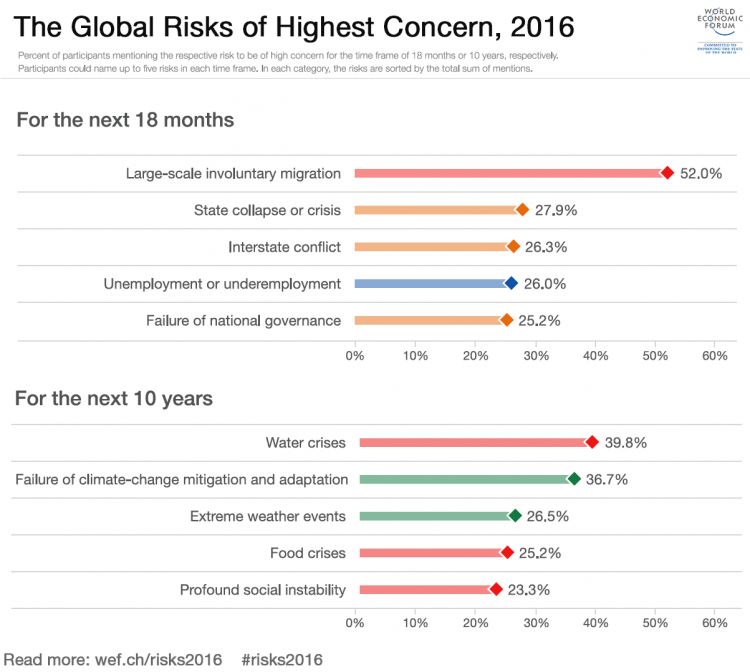